7 fashions that totally rocked the 70s

7 fashions that totally rocked the 70s

Whether it was the big, bold and bright patterns or the funky flared trousers and hairstyles that needed 4 cans of hair spray, 70s fashion was all about getting noticed. With a range of trends influenced by both the cool coloured patterns of the 60s hippies and the bright sequined styles of the emerging Disco dance floors, 1970s costumes were a crazy collaboration of colour and creativity that typified the decade generally.

There were hundreds of fantastic varieties of outfits, styles and influences around in the 1970s, but what fashions truly took the decade by storm? Today, we look at 7 fashions that totally rocked the 70s. Literally, the only trousers worth wearing in the 70s, flared trousers originated from the hippy fashion for loon pants of the 1960s. Worn by both men and women, trousers flared directly from below the knee and by the mid-1970s had reached epic proportions as people fought to have the biggest flares around. Combine this with the explosion of denim, and flared jeans instantly became the major fashion phenomenon of the decade. By the 1970s Disco was beginning to explode in the UK and with it came the wonderful disco outfits, hairdos and of course the dancing! Once again you could dress up in your disco diva costume and dance the night away because, with Disco, it didn’t matter whether you were straight out of Saturday Night Fever or had two left feet, all you needed were a few simple steps and you could transform into John Travolta on the Dance floor. John Lennon famously described glam rock as simply “rock and roll with lipstick on.” – although thankfully everyone else in the 70s thought different! Glam Rock showcased all the best the decade had to offer in one genre. The flares, the hair, the glitter and of course the bright, tight outfits that blurred the boundaries of what was normal. It’s not often you see a man in an opened chested flared onesie, but somehow these 1970s glam rock costumes totally worked. Whether it’s Farrah Fawcett’s iconic hairstyle or an awesome dancefloor disco afro, 1970s hairstyles, as with the clothing, were all about being loud and proud. Whether it was stacked, packed, long, short, moussed, curled or permed the hairstyles of the 1970s all had one thing in common – showing off and showing the public what you’re all about. Did it work? Let’s face it when else could a man get away with a perm! Despite experiencing a slight comeback in recent years, no other era embraced platforms quite like the 1970s in what became the longest running shoe-related love affair in American history. Platforms were all about bigger and brighter, with fashionistas and famous people alike fighting to see who could find the tallest and most outrageous Platform shoe around. The hippy revolution may have started in the 1960s but by the 1970s-flower power was in full swing. Groovy clothes, based around embroidered flowers, vibrant colour and spreading peace and love were worn as a badge of identity by endless teenagers who wanted to reject the mainstream disco fashions and return to the nostalgic flower power style of the previous decade.

Mood rings were one of the most popular costume jewellery crazes of the 1970s, with women of all ages (although mostly teenagers) desperate to get their hands on these colour changing rings. Able to determine if you were, happy, sad, angry and just about any emotion possible, these rings were a must have accessory for any fashion follower. They might not have really told your mood, but mood rings certainly got people hot and bothered in the 1970s.

As you can see, it doesn’t matter what you wanted to wear in the 1970s, as long as you were loud and proud with your outfit you’d probably get away with it. So there you have it, our 7 mad fashions that totally rocked the 70s.

We’ve chosen ours, what would be yours? 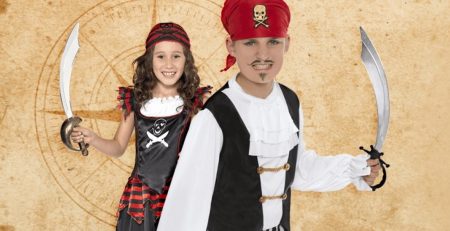 Host your very own Pirate Party!

Children’s parties can be an organisational nightmare. Not only do we have to worry about Invites, Venue, Décor and [...] 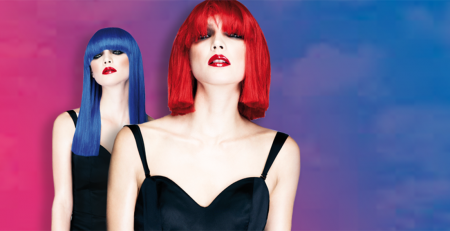 Whatever the occasion, wigs are the ultimate essential accessory to finish any costume! From summer festivals to Halloween, there’s [...]

A hen party is very important for any bride to be! We think that dressing up in matching costumes [...]

From food inspired outfits and accessories to a new range of inflatables, you will love our new line of [...]

We love to be Tagged #maddistribution

Load More...Follow on Instagram
Cookies are used on this shopping site for Google Analytics, Bing Analyitcs and Facebook Pixels which are essential to the running of the website. You can accept or decline cookies at any time by accessing the preference panels from your browser's main menu (usually found under ‘Edit’, ‘Tools’ or ‘Options’). Or by clicking "No" in this message. However, if you choose to remove cookies parts of the site may not work properly or your use of the site may be impaired. OkNoRead more